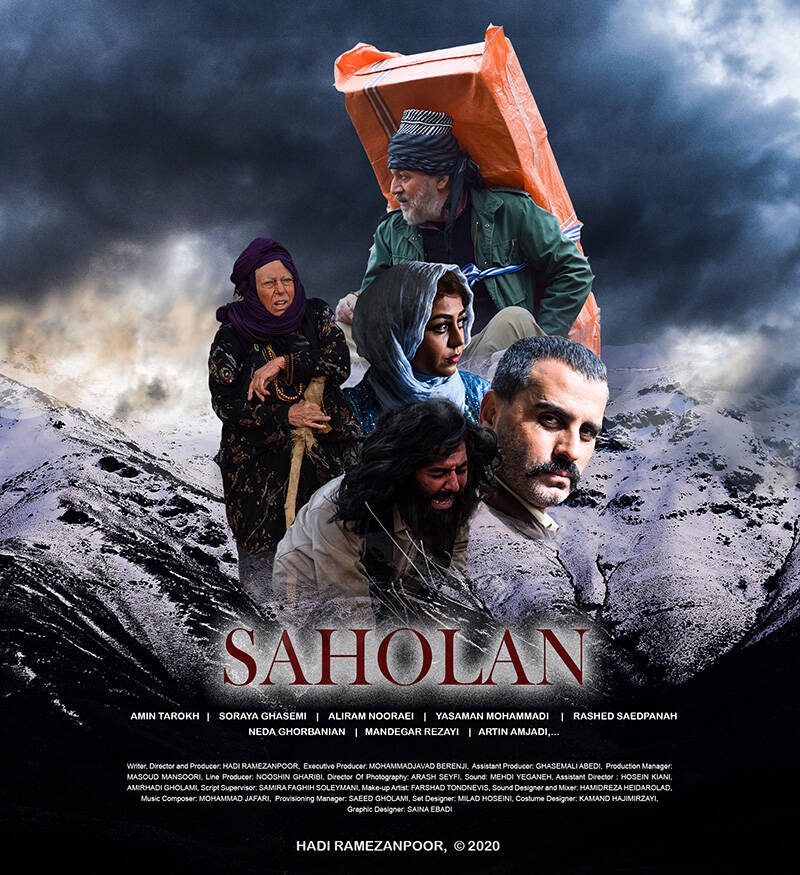 Synopsis:
Saholan, a movie with a social theme, narrates the life of hard-working Kurds, many of whom are intelligent, highly educated people that have to carry electronic appliances through mountains with harsh and dangerous climatic conditions, to earn their living due to insufficient employment in their region. In the story, a young girl called 'Tanya' living in a superstitious family, is married off to a much older man, as a result of a forced marriage. Meanwhile, a young man called 'Ribvar' is in love with Tanya. Ribvar is also a victim of traditional local customs, who has been forcibly married off to his sister-in-law after his brother's death. After Tanya's forced marriage, Ribvar runs off from their village and lives in the cemetery. Suddenly, Tania realizes that Ribvar has long been in love with her. In their first face-to-face encounter, a disaster happens...